extreme low budget action feature, in post. A parody of the crime drama this film starts with the feel of a 80′s crime drama and unfolds into the world of surrealism film, where our main character uncovers the true understanding of what comprises him

Donate Bitcoins
I do a lot of work for the love of the arts and to get people involved in thinking creatively and involved with, in cultural pursuits. I’ve set up this bitcoin donation button, so that if you have bitcoin, and would like to see more of this type of work, please donate accordingly. 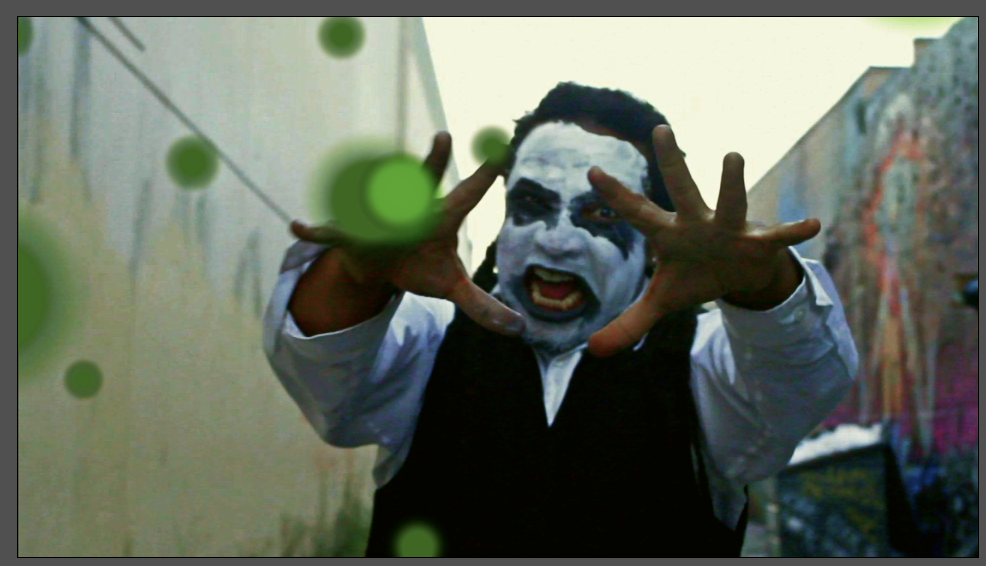 As a DSLR video editor and cinematographer, I started out in 2000, In college working with off the rack DV cameras and FCP in an early mac environment. Moving between Mac & PC, and making art videos, video mixes for event visuals, and instructional corporate videos.

In 2005 I made the jump to music videos and made my first film, it taught me a lot about what not to do and even more about what works well. It was at this time i upgraded to a canon XL1 and a mac edit station and started pushing out several music videos, and shortly after a compilation DVD, “315 Hidden Gems”; that is still available on Amazon.com.

In 2008 I started my first serious attempt at a feature independent film. Our Main supporting actor was also location logistics and casting.

After 5 months of planning, he passed away unexpectedly in his sleep a week before shooting was to start. With last minute changes and losing 80% of our locations, we decided to go forward anyway as a short. Shooting the most important scenes and following up there after with next important.

It was at this time that our main antagonist had a personal crisis and left the production. With dwindling funds, I started work at the Daily Variety in 2009 and shelved this project until this year. After Variety was sold, my position eliminated when they stopped publishing the Daily Paper. I had a chance encounter with our Lead, while filming a music video for Latin Hip Hop Icon, Mellow Man Ace.

We decided to un-shelve, rewrite and finish the film. It is now finishing post and a release will come in the following months.

Below is my history of Video, Along with screen shots for the Upcoming Film, “SNOW” 2014. Stereotype Falling Into This (2006)